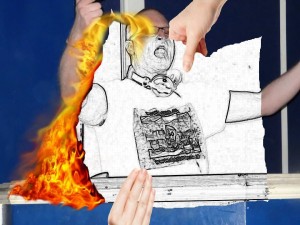 DJ Spliffy B started DJing at squat parties in 2000 around Dorset and Hampshire, such as Hursley Fields. He then started playing in clubs in 2002. Between 2002 and 2008 Spliffy was playing in various places mainly in squat parties around UK. In that time he did play a few sets in Germany, and Belgium.

In 2004 Spliffy B amongst other events he was promoting he promoted DNA with DJ Slimz. DNA was a hard house and drum n bass event based in the Firestation in Dorchester, Dorset.

Between 2008 and 2011 due to personal reasons he only played a few sets, one of which was on Weymouth Beach.

In 2011 he played a set in Netherlands. Since then Spliffy B has started promoting and DJing again. Spliffy B is currently a resident of:

He has also been ‘Special guest’ at the highly regarded Smash Techno (November 2013), Club 414, Brixton. and has recently played in Homegrown, in Bar Iguana

He promoted and played at Liquid Filth at Bar Iguana, Reading with:

Spliffy B has supported several International DJs, most recently:

and highly regarded DJs on the UK underground scene like:

Spliffy B also was actively playing at the open Decks night at Bar Iguana where they had such names as:

Spliffy B has played many clubs around Reading and these include:

Spliffy B Plays many genres including: